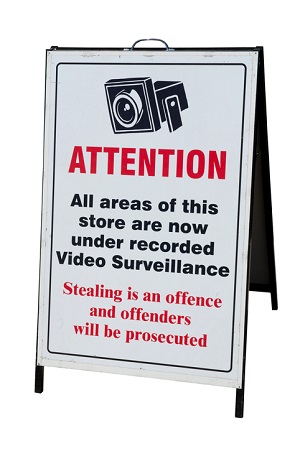 Posted at 20:40h in Shoplifting and Theft by Julie Chambers 0 Comments
0 Likes

Shoplifting, or more specifically, theft charges, can be quite serious in Indiana. Until recently, there was no limit on what could be charged as a felony in shoplifting and theft cases. Even if you were accused of shoplifting a $5.00 shirt, the charges could be filed as a felony.

Recently, however, the legislature amended the Indiana criminal code to change the criminal classifications of certain offenses, including theft.

Shoplifting and Theft Offenses in Indiana

While many people refer to the crime of shoplifting in every day conversion, in Indiana, there are only two categories of stealing: theft and conversion.

Theft is defined in Indiana Code 35-43-4-2 as: A person who knowingly or intentionally exerts unauthorized control over property of another person, with intent to deprive the other person of any part of its value or use. This offense is a Class A misdemeanor.

However, theft can be charged as a Level 6 felony if: (A) the value of the property is at least $750 and less than $50,000; (B) the property is a firearm; or (C) the person has a prior unrelated conviction for theft or criminal conversation.

The offense of criminal conversion is defined in Indiana Code 35-43-4-3. Conversion is charged when a person is accused of  knowingly or intentionally exerting unauthorized control over property of another person. This crime differs from theft because there is no element of intending to deprive the other person of the value or use of the property. Conversion is  a Class A misdemeanor.

Penalties for Shoplifting and Theft in Indiana

If you are accused of shoplifting or theft and you are charged with a Class A misdemeanor, the penalties range from 0-365 days in jail and up to a $5000 fine. For someone with no prior criminal convictions, they may qualify for a pre-trial diversion, which can lead to a dismissal of all charges. If a plea offer is accepted for a Class A misdemeanor theft charge, you may also be given a suspended sentence and placed on probation, ordered to complete community service work or participate in a behavior modification class.

If you are charged with theft as a Level 6 felony, you are facing 6 months to 2 1/2 years executed, all or some of which can be suspended. You may also be placed on probation or ordered to complete other terms such as community service work and anti-theft classes.

If you are accused of shoplifting in Indiana from a store such as Wal-Mart, Target or Meijer, you may receive a civil demand letter. This letter is a request from the store to pay civil damages, regardless if the property was recovered. These demands often request payment of hundreds of dollars.

A civil demand letter is not related to criminal proceedings. Often, clients pay these demands thinking that that it may help their criminal case or prevent criminal charges from being filed, but that it not usually the case. Prosecutors are often not concerned with what happened in these civil requests, and often don’t even know they were sent to the defendant.

In most cases, it is not advisable to respond to a civil demand letter. While every case is different, often times stores do not follow up on these demands and responding to the letter will not typically help in a client’s criminal case. You should consult with your attorney if you do receive one of these letters.

Chambers Law Office represents clients accused of shoplifting and theft charges in Indianapolis and throughout central Indiana, including Marion, Hamilton, Hancock, Johnson and Hendricks counties. Julie Chambers was a deputy prosecutor for nearly five years in Marion County before opening her practice, and she brings that unique experience to each and every theft case she handles. If you have questions about shoplifting or theft charges in Indiana, contact Chambers Law Office at 317-450-2971.