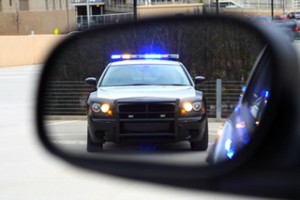 Chambers Law Office, LLC focuses in the practice areas of Criminal Defense and Traffic Law, including charges for Reckless Driving. As a former deputy prosecutor, Julie Chambers has unique experience she can bring to each case. If you have been accused of reckless driving, you can count on Chambers Law Office to guide you and defend your rights.

What is Reckless Driving?

(2) passes another vehicle from the rear while on a slope or on a curve where vision is obstructed for a distance of less than five hundred (500) feet ahead;

(3) drives in and out of a line of traffic, except as otherwise permitted; or

(4) speeds up or refuses to give one-half (1/2) of the roadway to a driver overtaking and desiring to pass.

However, if the offense causes bodily injury to a person, it is a Class A misdemeanor, instead of a Class C misdemeanor.

Additionally, a person who operates a vehicle and who recklessly passes a school bus stopped on a roadway when the arm signal device is in the device’s extended position commits a Class B misdemeanor. However, the offense is a Class A misdemeanor if it causes bodily injury to a person.

Many people see reckless driving charges as just a minor traffic offense, however, as can be seen, the offense is criminal charge under Indiana law and can lead to probation, jail, lengthy license suspensions and fines. If you have been accused of reckless driving, Chambers Law Office can help.