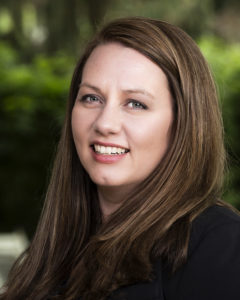 Julie Chambers, Principal Attorney, graduated with honors from The University of Toledo College of Law in 2007, and she received her Bachelor of Arts degree in Political Science from the University of Michigan – Ann Arbor in 2003.

As a criminal defense attorney, Julie focuses her practice on criminal and traffic violations, representing individuals throughout central Indiana. She has significant trial experience and has worked in a variety of areas of law. After graduating from The University of Michigan, Julie worked as a Legal Assistant at Antone, Casagrande & Adwers, P.C., an immigration law firm in Bloomfield Hills, Michigan. During law school, she had the honor of serving as a law clerk for Hon. Pamela A. Moskwa (Ret.) and Hon. John Hohman in the Monroe County Probate Court and Juvenile Division in Monroe, Michigan. Julie also worked as an Extern with the United States Attorney’s Office – District of Hawaii in Honolulu, Hawaii, where she assisted in the preparation of federal criminal cases for trial, and she participated in her law school’s clinical program, working for the Toledo City Prosecutor’s Office, where she assisted licensed attorneys in the prosecution of misdemeanor and traffic offenses in the municipal court.

After nearly five years as a deputy prosecutor, Julie became a criminal defense attorney and founded Chambers Law Office, LLC. Drawing on her years of experience as a trial lawyer at the prosecutor’s office and her experience in other areas of the law, Julie is dedicated to providing quality, personal legal representation to every client.

Julie is admitted to practice law in the State of Indiana, before the United States District Courts for the Northern and Southern Districts of Indiana, and the State of Michigan. She is a member of the Indianapolis Bar Association and the State Bar of Michigan. In 2018, Julie was elected to serve a four-year term on the Hamilton Southeastern Schools Board of School Trustees, and in 2019, she was selected as one of twenty-four women to make up the second class of Hoosier Woman Forward.