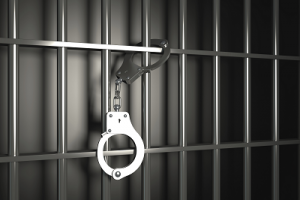 Being accused of domestic battery is serious. Whether you are convicted of those charges or the case is eventually dismissed or reduced, the mere fact that you were accused of domestic battery can follow you for years to come. Turn to Chambers Law Office to fight for you and guide you through the justice system, making sure your rights are protected.

Chambers Law Office was founded by Julie Chambers, a former Marion County deputy prosecutor. She has experience both prosecuting and defending battery cases, giving her unique insight into the criminal justice system.

Alternatively, if the accused person has a prior conviction for domestic battery or the offense was committed in front of a child less than 16 years of age, it may be filed as a Level 6 felony. (See I.C. 35-42-2-1.3).

See Misdemeanor and Felony Sentences for more information on possible penalties for each level of offense.

Chambers Law Office is Here to Defend You

Depending on what level offense is charged, you may be facing zero days in jail up to probation, house arrest or prison time. Additionally, a conviction for domestic battery or other types of battery involving domestic violence or a protective order can disqualify you from carrying a firearm. You may also be restricted by a no contact order or protective order, both of which can carry additional criminal penalties if violated.

There are many ways a criminal defense lawyer can defend a domestic battery case. Each case is different and each set of facts can alter what steps your lawyer may take. However, speaking with a lawyer right away will ensure your attorney can preserve evidence and utilize all possible defenses in preparing for trial or negotiating a plea. If you or a loved one has been accused of domestic battery, contact Chambers Law Office today to speak with a lawyer.