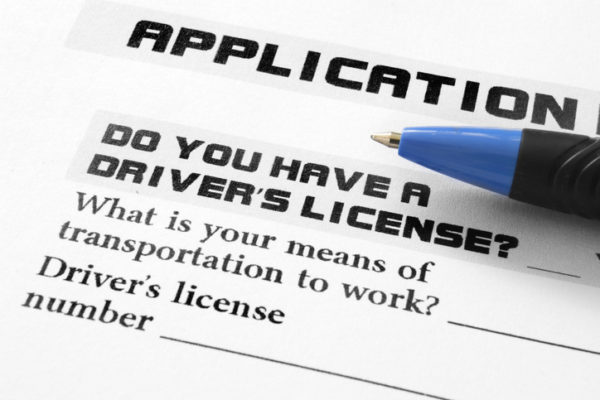 As anyone in Indianapolis knows, having a driver’s license is necessary to get around. Without a driver’s license, getting to work, caring for your family or attending medical appointments can feel impossible. Many times, those with a suspended license end up having to drive while suspended and find themselves stuck in an endless cycle in the criminal courts trying to get a valid license. This blog will discuss some of the ways a person with a lifetime HTV suspension can get back on road…legally.

Once someone is HTV, many times they find themselves needing to get to work or care for their family and drive a vehicle while HTV. Unfortunately, some of those people end up accused of Operating A Vehicle While a Habitual Traffic Violator (HTV).  While the laws have been changed in the past few years, prior to 2014 if a person was convicted of Operating While HTV as a Class D felony or higher, the penalty included a mandatory lifetime driver’s license suspension. Since the criminal code was amended in 2014, the courts now have the discretion to suspend a person’s license up the length of the maximum possible sentence. However, there are many people in Indianapolis and central Indiana who are still facing a lifetime HTV suspension on their driving record.

There are two situations in which a court can rescind a lifetime HTV suspension. However, the rescission rules do not apply to those who are HTV for life due to Operating HTV Causing Bodily Injury or Death or due to being HTV for life for having two or more convictions for operating while intoxicated causing death.

(b) Except as provided in subsection (f), a person whose driving privileges have been suspended for life may petition a court in a civil action for a rescission of the suspension order and reinstatement of driving privileges if the following conditions exist:

(1) Ten (10) years have elapsed since the date on which an order for the lifetime suspension of the person’s driving privileges was issued.

(2) The person has never been convicted of a violation described in section 4(a) of this chapter.

(1) Three (3) years have elapsed since the date on which the order for lifetime suspension of the petitioner’s driving privileges was issued.

(2) The petitioner’s lifetime suspension was the result of a conviction for operating a motor vehicle while the person’s driving privileges were suspended because the person is a habitual violator.

So, what does all of this mean? It means that if you are HTV for life due to the fact that you were convicted of Operating as a Habitual Traffic Violator as a felony, you may petition the court to rescind the lifetime HTV suspension if at least ten (10) years have passed since the court entered the lifetime suspension and you can show the court you are no longer a danger to the community and reinstating your driver’s license would be the in best interest of society.

However, if your original HTV suspension was due to having been convicted of nine minor traffic violations and a misdemeanor offense for Driving While Suspended as a Result of a Conviction, you must only wait three (3) years before petitioning for a rescission of the lifetime HTV suspension.

Indiana Code 9-30-16 details how to apply for Specialized Driving Privileges. When a person is HTV for life, they may petition the court that ordered the lifetime HTV suspension to stay the suspension and grant driving privileges. The court can impose any restrictions it chooses, including where and when a person can drive and if ignition interlock is necessary. If the court did not enter a lifetime suspension at the time the conviction was ordered and the BMV administratively suspended the person’s driving privileges for life, the petition must be filed in the petitioner’s county of residence. More information applying for Specialized Driving Privileges can be found here.

Chambers Law Office represents clients that are facing lifetime HTV suspensions throughout central Indiana. If you are suspended for life, you may be eligible for restricted driving privileges are even to petition for full reinstatement of your driver’s license. We represent clients facing HTV suspensions and HTV criminal charges in Indianapolis and throughout central Indiana, including Marion, Hamilton, Hancock, Shelby, Johnson and Hendricks counties. Julie Chambers was a deputy prosecutor in Marion County before opening her practice, and she spent time as the Marion County Traffic Court Deputy Prosecutor as well, so she brings that unique experience to each and every HTV case she handles. If you have questions about filing a petition to rescind a lifetime HTV suspension, contact Chambers Law Office at 317-450-2971.