Possession of Marijuana in Indiana 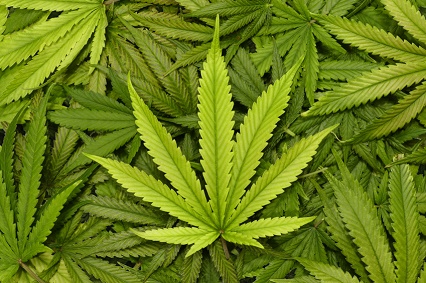 06 Feb Possession of Marijuana in Indiana

After the Arrest: Possession of Marijuana Charges

After you are arrested or stopped by the police for possession of marijuana, criminal charges may be filed. If you are not arrested on scene, the officer may give you a summons. This is a notice that you will be charged with a crime and need to appear before a judge at a later date. Typically, the officer will turn in his report to the county prosecutor, who will ultimately decide which charges to file. If criminal charges are filed, you will receive a notice in the mail to appear in court at a set date and time.

If you are arrested on scene for possession of marijuana, the police officer will take you into custody and transport you to the local jail. Typically, if you are only being charged for possession of marijuana, you will be processed and either OR’d (released without bail) or a small bond will be set and once paid, you will be released with a new court date to appear.

Possession of Marijuana Charges – What Is the Law?

Possession of marijuana in Indiana is a crime. Regardless of your beliefs about marijuana and whether it should be legal or not, the law is clear in Indiana.

Possession of Marijuana in Indiana – Going to Court

Whether you were given a criminal summons or arrested on scene, after charges are filed you will have to appear before a judge in a criminal court. Your first appearance is the Initial Hearing, where you will be read your constitutional rights and given copies of the charges and probable cause affidavit. After that hearing, a court will typically schedule a pre-trial conference and possibly a trial date. At that point, you will have to work with your attorney to either prepare for trial or resolve the case in some other way.

Possession of Marijuana – Defenses and Preparing for Trial

While preparing for trial or reviewing the case for possible defenses, it is important to be completely honest with your attorney. Your criminal defense lawyer will be reviewing the case for any issues that can raise reasonable doubt. You and your attorney will discuss how you were stopped and why, what happened in your interactions with the police, how and why you or your property were searched, where the marijuana was found, and whether anyone else was involved.

If there are any search and seizure issues, your attorney may file a Motion to Suppress Evidence, which asks the court to keep out certain evidence that may have been found illegally. These issues may be decided before or during  a trial if you are not able to resolve the case ahead of time. See more information on Search and Seizure HERE.

Possession of Marijuana – Resolving the Case Without a Trial

In some cases, you may not want take a case to trial. Some clients do not want to take the risk that comes with going to trial, while others may qualify for a diversion. leading to an eventual dismissal. Ultimately, it is the client’s decision on whether to proceed to trial or resolve the case in some other manner.

If a client does not have any prior criminal convictions, they may be offered a pre-trial diversion or conditional discharge. These are two different things, but lead to a similar result. The pre-trial diversion is an agreement to withhold prosecution between the defendant and the state. After completing certain requirements (usually paying fees and taking substance abuse classes) the charges are dismissed. A conditional discharge is an agreement between the defendant and the court in which the court accepts a guilty plea but withholds judgment. After completing certain requirements, such as a term of probation or substance abuse classes, the charges are dismissed.

Alternatively, if a client does have prior criminal convictions, they may not qualify for pre-trial diversion or conditional discharge. In those cases, if the person does not want a trial, the case may be resolved through a plea agreement. This is an agreement between the defendant and the state in which the defendant pleads guilty, often to reduced charges or a reduced sentence. For misdemeanor possession of marijuana charges, many clients are often able to resolve the case with some period of probation. Although, it is important to remember that every case is different and specific facts and a defendant’s criminal history will effect a plea offer or ultimate resolution of a case.

Chambers Law Office represents clients accused of possession of marijuana in Indiana throughout the central Indiana region, including Marion, Hamilton, Hancock, Johnson and Hendricks counties. Attorney Julie Chambers was a deputy prosecutor for nearly five years before opening her criminal defense law practice and brings that unique experience to every case she handles. If you have questions about possession of marijuana charges in Indiana, contact Chambers Law Office today at 317-450-2971.