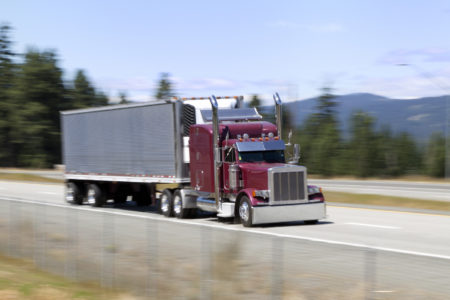 All drivers with a CDL know that any type of CDL traffic ticket is serious. Even those seemingly minor citations can add up over time and cause serious consequences. If you have a CDL and find yourself facing a traffic citation, you need to know the ins and outs of resolving the ticket to minimize the consequences and in some cases, possibly have the ticket dismissed.

When someone with a CDL is given a ticket, the first thing an attorney will do is look at whether it is a moving citation or a non-moving violation.

Moving violations are typically more serious, such as a speeding, lane violations, following too close or failure to signal. Other moving violations that are quite serious include using a handheld device while driving, operating with alcohol in your system, or failing to stop at a railroad crossing when required. Depending on the moving violations, if convicted you may be facing fines, points and even a license suspension.

Non-moving violations can still carry consequences, but are typically considered less serious CDL traffic tickets. These include tickets for things such as equipment violations and logbook violations.

When facing a CDL traffic ticket, at some point, you will have to decide if you want to negotiate a plea or take the matter to trial.

If your attorney is able to negotiate a plea, the prosecutor will often be willing to reduce or amend the ticket to a less serious violation, if the case allows. Sometimes, there may be factual issues that would lead to a lower speed or plea to a lesser violation for an equipment ticket.

If, however, you do not want to plead guilty to anything or the prosecutor is not willing to negotiate, you may decide to have a bench trial. At that stage, the State would present its evidence and you would have the opportunity to present evidence. Your liability would then be decided by the judge. If you opted for a jury trial (which must be requested in writing soon after the ticket is issued) then the jury would decide your fate.

Under certain federal laws, drivers with a CDL do not qualify for deferred prosecution because of federal masking laws. These laws prohibit prosecutors or the court from hiding, or masking, a ticket (see FMCSA Regulations).

However, while a deferral or diversion may not be an option for those with a CDL, in some cases prosecutors may still be willing to negotiate a plea, as the laws do not completely prevent the State from negotiating resolutions, if the facts allow. In some cases, CDL traffic tickets may be dismissed outright if the officer is not present to testify or if the evidence does not support the charge. Alternatively, the ticket may be amended to a less serious violation, such as a zero point or non-moving violation.

At Chambers Law Office, we work with companies and CDL drivers on a daily basis to resolve CDL traffic tickets, either through dismissals, pleas or trials. Julie Chambers is a former Marion County Traffic Court deputy prosecutor and has experience handling CDL traffic citations throughout central Indiana, including Marion, Hamilton, Johnson, Madison, Hendricks or Boone counties. If you have a CDL and have been cited for a traffic ticket, contact Chambers Law Office today to speak with a lawyer at 317-450-2971.