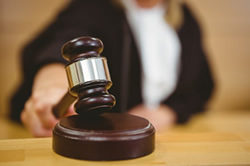 Indiana Code 35-50-9-1 allows for a court to order a person convicted of domestic battery or other forms of abuse to enroll in the Batterers’ Intervention Program. This statute permits the court to require a defendant to enroll in a certified program by the Indiana Coalition Against Domestic Violence as part of their sentencing.

What is the Batterer’s Intervention Program?

In the words of the Indiana Coalition Against Domestic Violence, the goal of the Batterers’ Intervention Program is to provide men and women who use violence with the “opportunity and skills to change the behavior, beliefs, and attitudes that support the use of violence against intimate partners,” (ICADV). Unlike the traditional forms of punishment in the criminal justice system, this program attempts to change the behavior of the defendant to a relationship-positive and healthy lifestyle.

Does the Batterers’ Intervention Program Work?

Nonviolent Alternatives, an ICADV certified organization, reports that 88% of those who drop out of their program without completion are soon arrested again and less than ten percent of those who complete their program are ever arrested again. This demonstrates that for a Batterers’ Intervention Program to work, the participant must be fully committed to changing their behavior and stick out the longevity of the program.

How is this different from anger management?

At first, a Batterers’ Intervention Program sounds very similar to Anger Management. This is not entirely wrong, but the differences demonstrate why a Batterers’ Intervention Program is more effective. BIPs are state certified, 26 full sessions, specific for Domestic Batterers, and monitored by a State Agency. Anger Management is only 4-8 sessions and can be taught by anyone. Additionally, a BIP differs from anger management because in some cases, the participant is able to stay in contact with the victim, which is instrumental to families who want to put domestic violence behind them and work together for a better future.

A defendant who goes through all 26 classes has no guarantee of changing, but with structured assistance from the Batterer’s Intervention Program it may be more likely.

Julie Chambers established Chambers Law Office in 2012 after spending five years as a deputy prosecutor in Indianapolis. She represents families dealing with Domestic Violence throughout central Indiana. She brings her unique experience as a former deputy prosecutor to every case and strives to provide the best possible service. If you or your family member are facing criminal charges, contact Chambers Law Office today at 317-450-2971.