Arrested in Indiana? Now What? 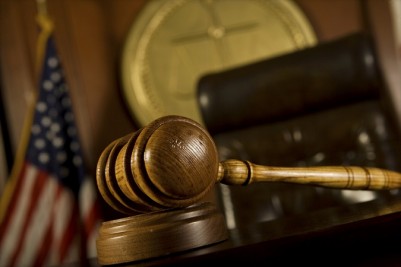 24 Apr Arrested in Indiana? Now What?

So You Were Arrested in Indiana? Here’s What Happens Next.

If you or a loved one have recently been arrested in Indiana, you probably have a lot of questions. This blog post will look at some of the things that will happen shortly after a person is arrested, what to look for and what to expect.

What Happens Immediately After You are Arrested in Indiana?

In most cases, a person will be arrested if there is an active warrant issued by a judge or if an officer believes he or she has witnessed a crime or a crime has been reported to the officer that warrants an arrest.

Immediately after being arrested, the police may read the person his or her rights and will take them in to custody.They will probably be handcuffed and taken to the local jail for processing. After being processed, which typically involves having your fingerprints taken, your personal information cataloged and your photo taken, you will be scheduled for an initial hearing before a judicial officer.

NOTE: If you are arrested, DO NOT make any statements. In some cases, statements can be suppressed, but in many cases, anything you say can and will be used against you in court. Even if you think it might help your case, remember that the police are not on your side and they do not want to help you. Just plead the 5th and remain silent!

After you have been processed and scheduled for an initial hearing, you may have to wait. If bond is already set and someone is able/willing to post that for you, you may be released before your initial hearing is scheduled. However, if bond is not yet set or no one has posted bond before the initial hearing, you may still be in custody when you are brought before a judge. For example, in Marion County, after an arrest and a person is processed at the Arrestee Processing Center (APC), the person is brought before a judge, usually within 24 hours, to read the charges and have bond reviewed.

At the initial hearing, the judge will determine if there is probable cause for your arrest, read the charges against you, review your rights (including your right to counsel and right to bond) and review the bond set for your case. You may be released on your own recognizance (OR’d), given cash bond, surety bond or held without bond. A cash bond can be paid by anyone in cash. A surety bond must be posted by a bail bondsman and typically, the person posting bond must pay 10% of the bond amount to the bondsman as a non-refundable fee. (See I.C. 35-33-8).

If there are any additional release conditions, the judge will review those, as well. These can include conditions such as a no-contact order, home detention pending trial or alcohol monitoring.

Your Rights at the Initial Hearing

Although you may not have hired an attorney before the initial hearing, after being arrested in Indiana you do have a right to counsel at every stage in a criminal proceeding. For example, counsel may be appointed to a defendant during a bond review at the initial hearing. Additionally, you have the right to remain silent, so do not make any statements about your case, because they can be used against you later on at trial!

Additionally, at the initial hearing, the judge will also inform you that a preliminary plea of not guilty is being entered for you, and will become a formal plea of not guilty after 10 days for a misdemeanor or 20 days for a felony. Many judges enter this initial plea of not guilty automatically; however, some judges may ask you if you want to plead guilty or not guilty. In most cases, you should plead NOT GUILTY if asked. There are many legal issues that an attorney can review, even in the simplest of cases, and pleading guilty at the initial hearing waives those issues and can also create additional consequences that you may not be aware of or understand. (See I.C. 35-33-7-5).

Appointment of Counsel to Indigent Defendants

If you have been arrested in Indiana and accused of a crime or have questions about an initial hearing or pending charges, Chambers Law Office can help. As a former deputy prosecutor, Julie Chambers has unique experience both prosecuting and defending many criminal offenses, and she is here to help you navigate the system and make sure your rights are defended.