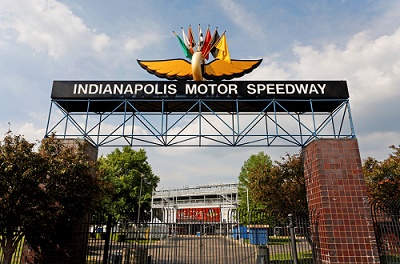 It’s the 100th running of the Indy 500 and everyone in Indianapolis, the State of Indiana and the entire country are looking forward to the race on May 29! With tickets sold out, they even lifted the TV blackout this year! With Carb Day on Friday, Legends Day on Saturday and the Indy 500 on Sunday, it’s sure to be a fun filled weekend.

However, if you find that you had a little too much fun and end up arrested at Indy 500, you will need an experienced attorney on your side. As a former deputy prosecutor in Marion County, Indiana, Julie Chambers has experience both prosecuting and defending criminal charges, giving her unique insight and experience.

Arrested at Indy 500? What happens after being stopped by police at IMS?

If you are suspected of a criminal offense during the Indy 500 weekend, either at IMS or at another location in Indianapolis or the surrounding communities, you will either arrested at the scene or summonsed. If you are arrested, you will be taken into custody and processed at the police station. You may be released on your own recognizance (ORd) or you may be required to post bail. Alternatively, if you are given a summons, you will not be taken into custody, but instead given a ticket and a future date to appear in court.

Common criminal charges after being arrested at Indy 500

To help those race fans heading out to the Indianapolis Motor Speedway, below is a list of some common charges for those arrested at Indy 500 or elsewhere in Indianapolis during race weekend. This is not a complete list, but hopefully it helps race fans plan their Indy 500 trip to have a fun, but safe, weekend. However, if you or a friend do end up being arrested or summonsed during the Indy 500 at IMS, Chambers Law Office is here to help!

Most people end up having a fun weekend without any issues or encountering the police. However, if you do find yourself in trouble and are arrested at the Speedway, Chambers Law Office is here to help. As a former deputy prosecutor, Julie Chambers has experience both prosecuting and defending many criminal offenses, including, alcohol offenses, resisting law enforcement, battery and marijuana charges. If you find yourself in need of a criminal defense attorney after the fun of the Indy 500 is over, call Chambers Law Office!