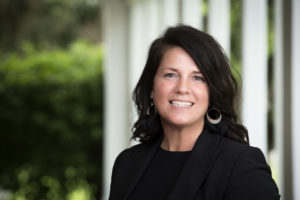 Katie J. Kawiecki, Of Counsel, graduated from Valparaiso University School of Law in 2006 and received her undergraduate degree, a Bachelor of Science with Honors in Criminal Justice, from Trine University in 2003.

In 2006, Katie started her legal career specializing in family law where she represented individuals in divorce, paternity, child custody as well as protective orders.  Katie went on to specialize in lemon law where she represented individuals in matters regarding breach of warranties involving vehicles.  Katie has represented individuals in numerous mediations and arbitrations.  In 2008, Katie accepted a position with the Marion County Prosecutor’s Office in Indianapolis as a Deputy Prosecuting Attorney, handling misdemeanors and felonies.  In 2010, Katie left the Marion County Prosecutor’s Office and joined the litigation department, Corporation Counsel, with the City of Indianapolis where she represented the City of Indianapolis and its various departments in civil litigation at both the state and federal level involving matters regarding tort claims, personal injury, contracts, zoning appeals, Section 1983 claims, and excessive force.  In 2012, Katie re-joined the Marion County Prosecutor’s Office as a Deputy Prosecuting Attorney in the screening division focusing on filing or not filing criminal charges.  Prior to leaving the Marion County Prosecutor’s Office in early 2019, Katie was assigned to the grand jury unit for almost 4 years where she assisted in investigations and the prosecution of white collar / financial crimes.  In addition to being a Deputy Prosecuting Attorney, Katie was also a Special Appointed United States Attorney (SAUSA) for the Southern District of Indiana.  During Katie’s entire tenure as a Deputy Prosecutor, Katie served as lead counsel and secondary counsel on numerous jury trials and bench trials and has appeared in court for various types of hearings on hundreds of occasions.

After 11 years in public service, Katie became Of Counsel with Chambers Law Office, LLC. Drawing on her years of experience as a trial lawyer at the prosecutor’s office and her civil law experience, Katie is dedicated to providing a quality, personal legal representation to every client.

Katie is admitted to practice law in the State of Indiana and before the United States District Courts for the Northern and Southern Districts of Indiana. She is a member of the Indianapolis Bar Association.